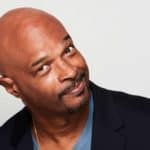 Photo Credit: Facebook Event Page Known throughout the world for his no-holds barred comedic genius; Damon Wayans is best known as writer and star on FOX’s Emmy Award-Winning series, “In Living Color.” There, he created some of the show’s most iconic sketch characters, including “Homey the Clown,” “Handiman” and outrageously gay film critic “Blaine” from “Men on Film.” His … END_OF_DOCUMENT_TOKEN_TO_BE_REPLACED